You are here:
Reflexology 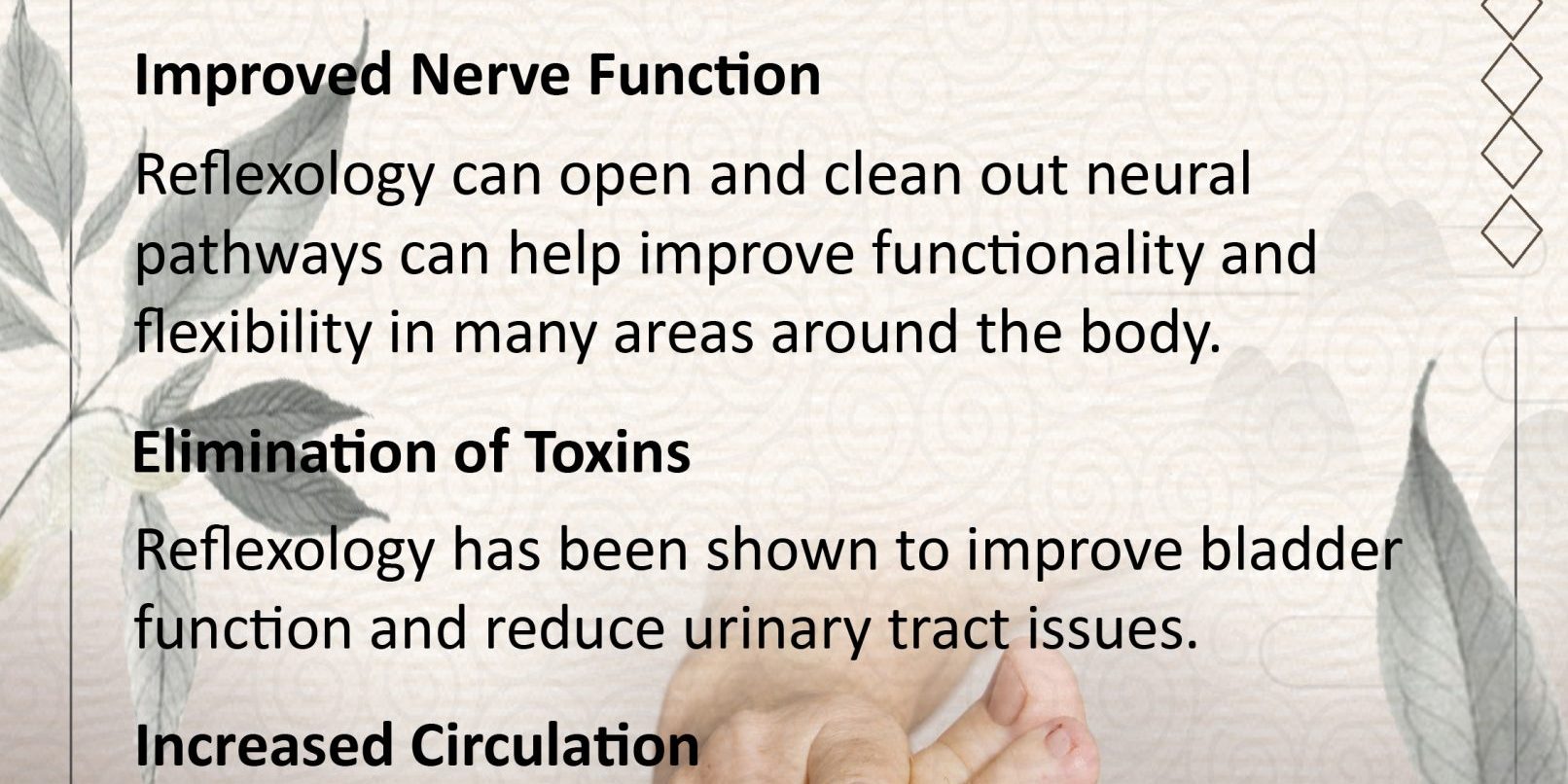 Following a hot water foot bath, the massager uses reflexology techniques (mainly fingers, sometimes may use tools) to press acupoints on the whole foot (back and bottom) and lower leg area.

Reflexology, also known as zone therapy, dates back to ancient China and Egypt, as far back as 4000 B.C.E.. Similar to acupuncture, reflexology uses pressure rather than needles to activate points and organs throughout the body to relieve pain, stimulate circulation, and bring balance to the bodily systems.

Though one of the oldest healing practices, reflexology wasn’t adopted in the Western regions of the world until at least the 1500’s. Later in the 20th century when it was Westernized and perhaps simplified in practice in Russia and Europe.

Much like acupuncture, reflexology is based on a millennia of trial and error, patterns and an elaborate mapping of the energies of the body. Its reported benefits range from stress relief and relaxation to increased blood circulation.

78 health disorders and 168 studies were evaluated by Dr. Kevin and Dr. Barbara Kunz. They found four main ways that people can be helped by reflexology:

As we age, our nerve endings become less sensitive in many parts of our body, particularly in our extremities. In a single reflexology session, more than 7,000 different nerve endings are connected with stimulating, thereby increasing their function and reactivity. Opening and cleaning out neural pathways can help improve functionality and flexibility in many areas around the body. Neural pathways are like muscles, so it is good to work them once in a while to keep them sharp!

By aligning the functioning of various organ and muscle systems, reflexology can increase metabolism and energy creation processes within the body. If you need a boost of energy or are always feeling sluggish, perhaps a reflexology session can help put some pep back in your step!

One of the most well-known and verified benefits of reflexology is an improvement in circulation throughout the body, which means that blood and oxygen are being cycled through the body more effectively. This means more oxygen reaches vital organs, thereby optimizing their functioning and further increasing the metabolism. This also results in faster healing and re-growth of damaged cells.

As mentioned above, reflexology has been known to open neural pathways, and this sort of free-flowing neural activity results in a more relaxed state in the body. For this reason, reflexology can flood your system with relaxation, inducing a state of calmness throughout your body and mind. In this same vein, reflexology is commonly used to cure sleep disorders. Insomnia can be a very troubling condition to suffer through, but reflexology helps your body relax and get back to its normal, healthy circadian rhythms.

Reflexology has been shown to improve bladder function and reduce urinary tract issues. What this means in terms of toxicity is a more efficient system of eliminating toxins and other foreign substances, thereby protecting your body from the various diseases and health conditions that can often arise from a compromised urinary system.

Interview with Andrea Hurst on the Benefits of Reflexology
November 27, 2019

Reflexology has many health benefits!
November 27, 2019

What’s the difference between reflexology and massage?
November 27, 2019
Go to Top