Reflexology ‘as effective as pain killers’ 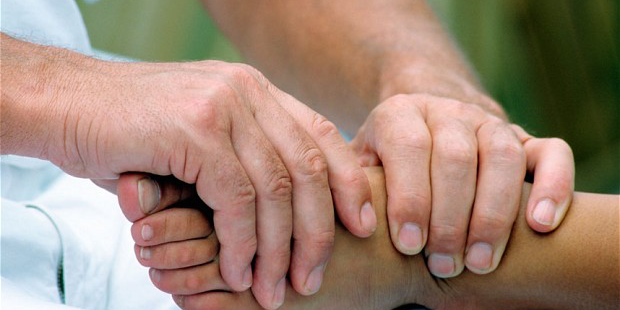 Reflexology may be as effective as painkillers, according to a new scientific survey.

Reflexology could be used to complement conventional drug therapy in the treatment of conditions associated with pain such as osteoarthritis, backache and cancers Photo: Alamy

Researchers at the University of Portsmouth have found that people felt about 40% less pain, and were able to stand pain for about 45% longer, when they used reflexology as a method of pain relief.

Dr Carol Samuel, who is a trained reflexologist and who carried out the experimental procedures as part of her PhD studies, said it was the first time this therapy had been scientifically tested as a treatment for acute pain.

She said the results suggested that reflexology could be used to complement conventional drug therapy in the treatment of conditions associated with pain such as osteoarthritis, backache and cancers.

Participants attended two sessions, in which they were asked to submerge their hand in ice water.

In one of the sessions they were given reflexology before they submerged their hand, and in the other session they believed they were receiving pain relief from a Tens machine, which was not actually switched on.

The researchers found that when the participants received reflexology prior to the session they were able to keep their hand in the ice water for longer before they felt pain, and that they could also tolerate the pain for a longer period of time.

“It is likely that reflexology works in a similar manner to acupuncture by causing the brain to release chemicals that lessen pain signals.”

Dr Ivor Ebenezer, co-author of the study, said: “We are pleased with these results. Although this is a small study, we hope it will be the basis for future research into the use of reflexology.”

Reflexology is a complementary medical approach, which works alongside orthodox medicine, in which pressure may be applied to any body area but is commonly used on either the feet or hands.

In this study reflexology was applied to the feet.

Dr Ebenezer, from the Department of Pharmacy and Biomedical Sciences, and Dr Samuel used a small study of 15 people to determine whether reflexology would be more effective than no pain relief at all.

Dr Ebenezer said: “Complementary and alternative therapies come in for a lot of criticism, and many have never been properly tested scientifically.

“One of the common criticisms by the scientific community is that these therapies are often not tested under properly controlled conditions.

“When a new drug is tested its effects are compared with a sugar pill.

“If the drug produces a similar response to the sugar pill, then it is likely that the drug’s effect on the medical condition is due to a placebo effect.

“In order to avoid such criticism in this study, we compared the effects of reflexology to a sham Tens control that the participants believed produced pain relief.

“This is the equivalent of a sugar pill in drug trials.

Dr Samuel added: “This is an early study, and more work will need to be done to find out about the way reflexology works.

“However, it looks like it may be used to complement conventional drug therapy in the treatment of conditions that are associated with pain, such as osteoarthritis, backache and cancers.”

The study has been published in the Journal of Complementary Therapies in Clinical Practice.

Older people’s post-covid situation and how they can become more social while getting massages
April 24, 2022
Go to Top