Why Michael Phelps, other Olympic athletes use cupping therapy for recovery?

You are here:
BlogFire Cupping 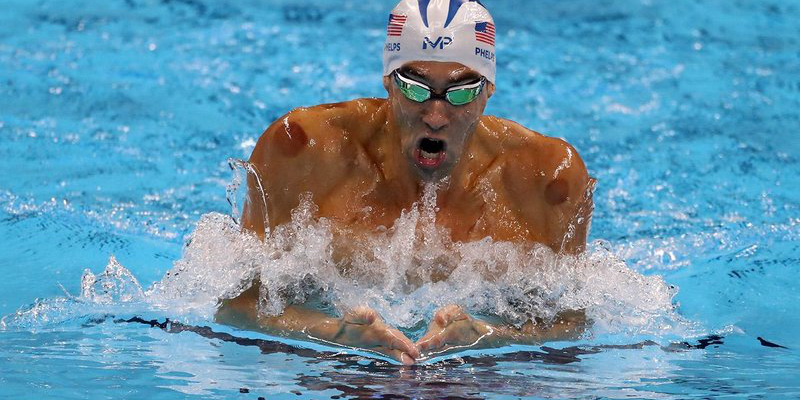 At the summer games in Rio, Olympians are decorating themselves with medals, Swarovski crystals, and…circular bruises? Yep, those round purple marks on the bodies of many competitors (including swimmer Michael Phelps and gymnast Alex Naddour) are the result of cupping therapy, an ancient Eastern medicine practice that’s used to treat all sorts of ailments, from muscle soreness to blood diseases and arthritis.

The large dots are created by heated glass cups placed on the skin, usually on the back, says Rachel Vreeman, MD, director of research at the Indiana University Center for Global Health and co-author of a series of books on medical myths (most recently, Don’t Put That in There! And 69 Other Sex Myths Debunked). “As the air trapped between the heated glass and the skin begins to cool, it creates suction against the skin,” she explains. The sucking causes small blood vessels under the skin to break, and a cup-shaped bruise to form.

Michael Phelps explains why he laughed during the National Anthem

The therapy can also be done using a mechanical device to create suction between the skin and the cup, Dr. Vreeman adds. Cupping may sound painful, but it’s not really, she says. “Basically, it feels like getting a hickey.”

While athletes use cupping as a recovery tool (the therapy is thought to stimulate blood flow), Dr. Vreeman points out that there’s little research behind it: “There are no health benefits to cupping documented in the scientific literature,” she says. “The only study I have seen … with any impact related to cupping is one that rigorously examined various therapies for back pain, and suggested that any impact from cupping was likely related to a placebo effect.”

That placebo effect could help explain why Olympians swear by the practice, says Dr. Vreeman. (Naddour called the DIY cupping kit he bought on Amazon his “secret” to staying healthy: “It’s been better than any money I’ve spent on anything else.”) Our brains are very powerful, Dr. Vreeman explains. “If we think that something is going to work, it may help us focus or compete better.”

The marks cupping leaves behind may play a role as well: “I would guess that [they] provide a tangible reminder to the athlete of this therapy, reinforcing the placebo effect.”

Curious about giving the treatment a try? Before you make an appointment, you should know it’s not entirely risk-free. “Cupping usually does not cause any harm beyond the temporary bruising, but occasionally it can cause a skin ulceration when done repeatedly,” Dr. Vreeman warns.

Older people’s post-covid situation and how they can become more social while getting massages
April 24, 2022
Go to Top